FEEDING THE BIRDS AT ROUNDHAY PARK?
Please, Please NO MORE BREAD IN THE LAKES!

Take a virtual tour of...

700 acres of beautiful parkland accessible every day of the year... FREE

Take a virtual tour of...

See the butterflies, exotic creatures and more in this Tropical Wonderland...

Many of us may have been first introduced to the joys of wildlife by feeding ducks bread at our local park.

We may have thought this was an environmentally responsible and cute way to dispose of old or stale bread, but offering bread to ducks and water birds is actually unhealthy and potentially dangerous for the birds.

Bread and similar products such as crackers, chips, crisps, donuts, cereal and popcorn may be great sources of carbohydrates but they offer little nutritional value for ducks, geese, and other birds.

Bread is equivalent to junk food for birds. Humans would suffer from a diet of four 'Happy Meals' a day, day after day, week after week, so really it is not surprising that too much bread can lead birds to excessive weight, malnutrition and many other health problems. 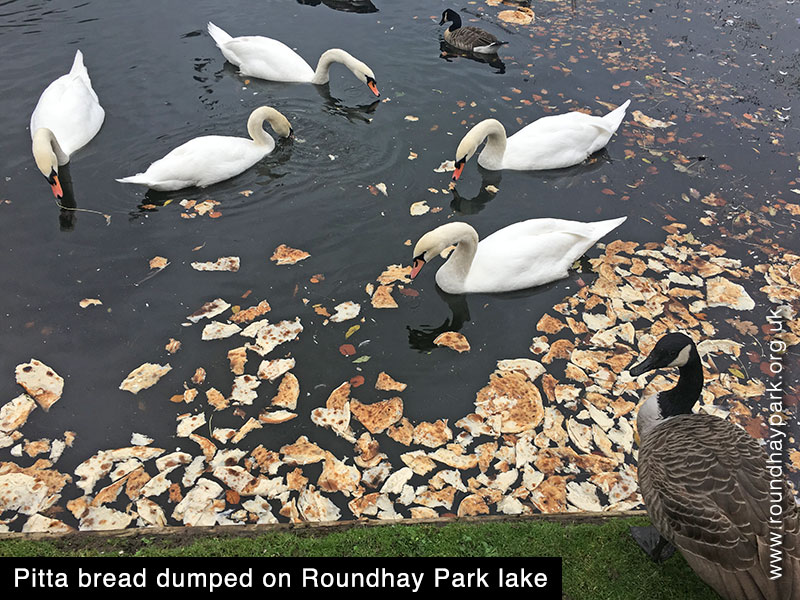 Safe Food For Ducks...
Cracked corn
Wheat, barley or similar grains
Oats
Rice (cooked or uncooked)
Grapes (cut in half)
Frozen peas or corn (defrosted, no need to cook)
Earthworms
Mealworms
Chopped lettuce or other greens or salad mixes
Chopped vegetable trimmings or peels
Duck pellets - you can buy bags of food at the Lakeside Café

Offered in extreme moderation, bread may not be immediately harmful to ducks and other water birds, but that moderation is hard to judge. While one family may only feed the ducks once every few months, there may be many other families and individuals who are feeding the ducks bread far more frequently. Lots and lots of families visit the park!

In some cases 'industrial quantities' of bread, pizza bases, chapattis, naan bread, pitta etc are being dumped into the water of the lakes at Roundhay, presumably left-overs from catering establishments. 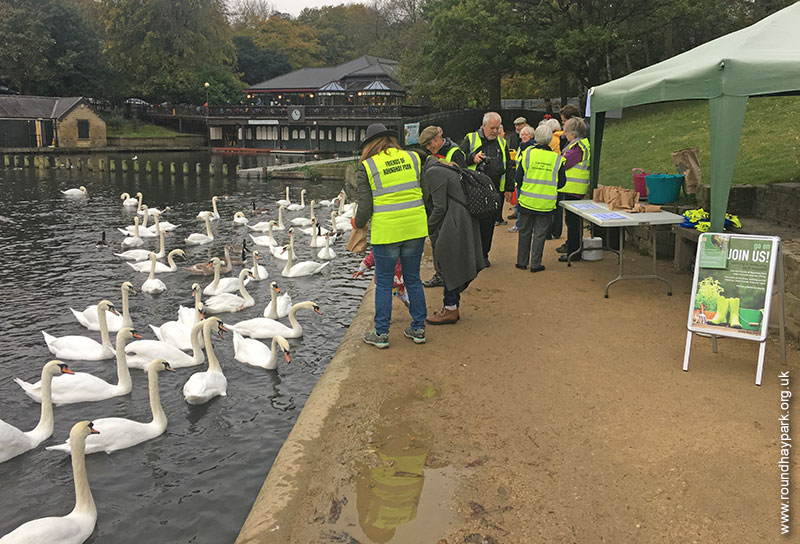 This can lead to a diet based almost solely on unhealthy bread products. This is no good for the birds, the excess left over bread starts to rot, sours the water, encourages rats and is visually awful. 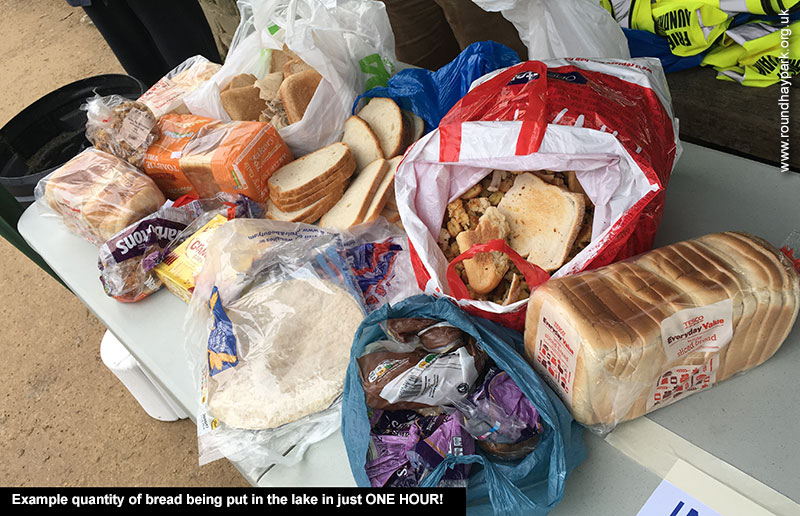 Overfeeding ducks bread means their ducklings may become malnourished which can stunt their growth and development. A disorder known as "angel wing" in which the wings grow abnormally outwards is thought to be caused by a carbohydrate-rich diet. Ducklings, cygnets and goslings will also not learn to forage for natural foods as the source of bread is so easy to come by.

When ducks are fed too much bread not all of it will be eaten and the leftovers will eventually go soggy and rotten leading to greater algae growth that can clog waterways. This concentrates pollution, eventually eradicating fish and other pond life which not only destroys the ecosystem, but also removes more natural food sources.

Mouldy bread can also cause aspergillosis in waterfowl, a lung condition that is contracted from inhaling fungi spores. Common symptoms of aspergillosis include gasping, listlessness and dehydration and, if not caught early or left untreated, is fatal to ducks and waterfowl.